The All-African People’s Revolutionary Party (A-APRP) Legacy Award is given to our organizers who have given a lifetime in service to building the A-APRP and global Pan-African struggles. We thank them for past and continued selfless work and sacrifice. They are the true cadre who inspire us and generations to come. 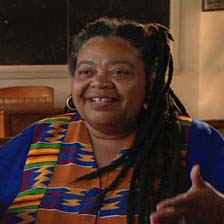 Revolutionary, Educator, Historian, Master Storyteller, Wife, Mother, Daughter and Sister! Maisha was among the earliest members of the All-African People’s Revolutionary Party in the US. She was also the first elected Coordinator of the newly founded All-African Women’s Revolutionary Union and served on the Central Committee. Despite illness, she was busy hosting the 2020 Africa Liberation Day International Symposium and continued to work in the Maryland area, with sisters in Liberia, with the local Elders, until she joined the ancestors in October 2020 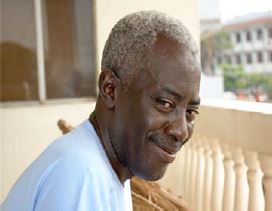 Comrade, brother, friend, father, husband, warrior, revolutionary, teacher, Pan-African Union (PANAFU) organizer, intrepid journalist, All-African People’s Revolutionary Party (A-APRP) cadre and Central Committee member, Great son of Africa, and so much more. Born in Nigeria, Olu lived in several locations over the years, but his love for Sierra Leone was so strong after the nation’s civil war he moved home to publish his dynamic newspaper peep in his fight against neo-colonialism. In April 2011 he too joined the ancestors but leaves us with a wealth of inspiration