Jesus Chucho Garcia – an intellectual, diplomat, writer and activist for the rights of people of African descent. He is a founder of the “Miguel Acosta Saigne” Center for African American Studies (1987) and has conducted several studies on the African Diaspora, work that led him to travel to North, Central and South America and the Caribbean as well as Africa, to conduct ethnological research focused on African descent.

As a diplomat, Garcia has served in Venezuela embassies in Angola, Zambia, Sao Tome and Principe (2008-2013); and later in Mali and Burkina Faso, from November 2013 to September 2014, as well as General Consul of the Bolivarian Republic of Venezuela in New Orleans. Meanwhile, his activism has involved him in many struggles of Africans around the world. 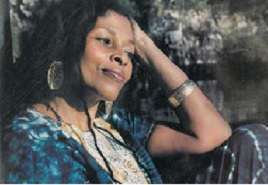 Assata Olugbala Shakur is a freedom fighter and former member of the Black Liberation Army. On May 2 1973, she and her comrades who were being followed by the new jersey state troopers were stopped and immediately assaulted during a shootout initiated by the troopers killing comrade Zayd Shakur and wounding Comrade Assata.

Assata and comrade Sundiata Acoli were unfairly charged with murder of one of the state troopers and other indictments held against them typical of cointelpro. They were both convicted and imprisoned in 1977.

Revolutionaries helped Assata escape and she has been living in political asylum in Cuba since then. The revolutionary People of Cuba welcomed her and have defended her during many attempts to extradite her back to the United States. She has lived her life in Cuba never being able to leave the territory or visit her family and comrades in the states all for fear of arrest and imprisonment because she fought for her people’s liberation. We also acknowledge that Comrade Sundiata Acoli continues to languish in prison well into his 80s, denied clemency each time.

November 2019 will be the 40th year anniversary of Comrade Assata’s escape from prison and we are ever reminded that the imperialists, even in their decline, will not stop attacking all forms of anti-capitalist and anti-imperialist resistance. They have increased the price on Comrade Assata’s head and increased the threats against her and the Revolutionary nation of Cuba!

But the people United can never be defeated. At this 40th anniversary we salute Sister Assata, the Revolutionary nation of Cuba and all our comrades behind bars and borders fighting against imperialism and we are reminded to always remain vigilant!