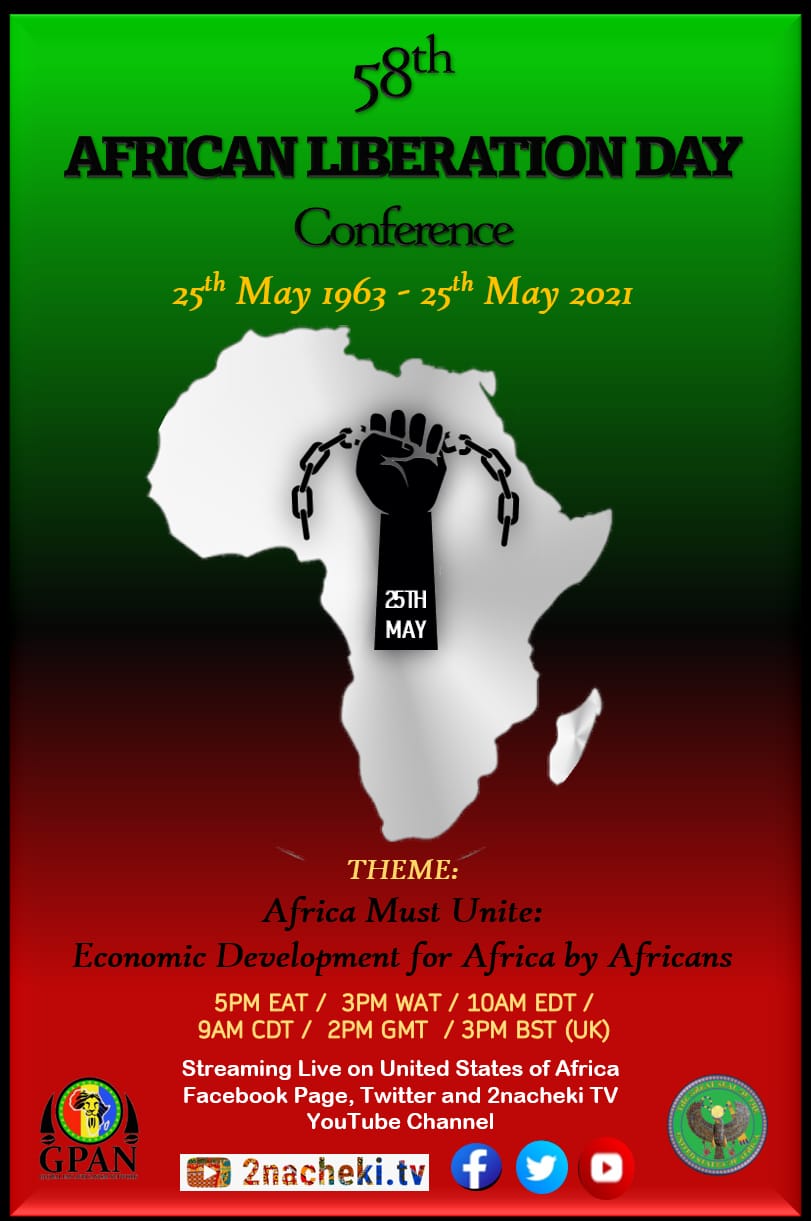 The United States of Africa is delighted to host this years African Liberation Day conference coming up on 25th May 2021.
On this day, many African countries celebrate the hard-fought achievement of their freedom from European colonial powers.

We must unite now or perish… We must recognise that our economic independence resides in our African union and requires the same concentration upon the political achievement – First President and Prime Minister of Ghana, Kwame Nkrumah in his address at the founding of the OAU, Addis Ababa, 1963.
Background

African Freedom Day was founded during the first Conference of Independent African States, which attracted African leaders and political activists from various African countries, in Ghana on April 15, 1958. Government representatives from eight independent African states attended the conference, which was the first Pan-African conference in the continent. The purpose of the day was to annually mark the liberation movement’s progress and to symbolize the determination of the people of Africa to free themselves from foreign domination and exploitation.

Between 1958 and 1963 the nation/class struggle grew bigger in Africa and around the world. During this period, 17 countries in Africa won their independence and 1960 was proclaimed the Year of Africa. On May 25, 1963, 31 African leaders convened a summit meeting to found the Organization of African Unity (OAU). They renamed Africa Freedom Day as “African Liberation Day” and changed its date to May 25. The founding date of the OAU is also referred to as “Africa Day”.

African Liberation Day has helped to raise political awareness in African communities across the world. It has also been a source of information about the struggles for liberation and development
The United States of Africa seeks to use this day to promote African Unity and redefine the future of Africa.