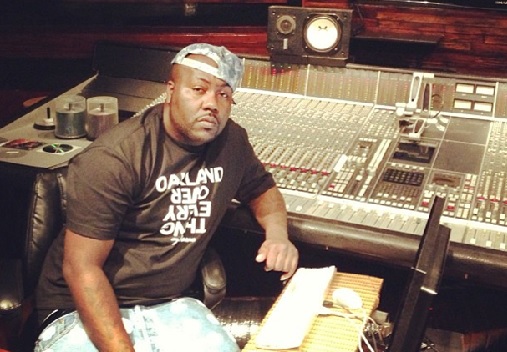 Stanley Cox (born January 23,1982) best known as “Mistah F.A.B.” is considered one of the entertainment industry’s most colorful and motivational figures. Always the inquisitive artisan, the jack of all arts, is an American rapper, Grammy nominated and platinum singer-songwriter, executive producer, entrepreneur, community organizer, motivational speaker and published author.

F.A.B.’s music career began in the late 90’s when he was featured on a slew of Mac Dre’s Thizz Nation mixtape compilations. He quickly gained prominence for igniting the San Francisco Bay Area Hyphy Movement, a musical and cultural offshoot of Hip-Hop from the Bay area that carries a bass-heavy beat, blaring synthesizers and emphasizes having fun. When F.A.B. boasted of doing “the dummy retarded” in “Super Sic Wit It,” he was describing an emerging aesthetic and philosophical ideal evolving within the Rap culture at the time.

Cox was recognized by Forbes Magazine as a Bay Area rap veteran whose contributions formed an integral part in shaping the regions sound for well over a decade. Praised for his equally skilled ability at writing introspective, moving songs about his life; party tunes to get the crowd moving; defeating all comers in battle rap; and freestyling for minutes at a time over whatever beat is thrown his way.

In 2008 F.A.B. founded his Recording Imprint Faeva Afta Music “FAM” & lifestyle brand Dope Era, where he spearheads multiple subsidiary entertainment and media companies with ventures at the intersection of music, film, clothing, culture and social activism. Today, Cox has a roster of top producers and culture innovators in urban music under his management, record label, and publishing companies. As Cox continues to expand FAM and Dope Era, he remains committed to his founding principle of giving back and designs a philanthropic element for each new initiative.

Cox serves and constantly works with community activist throughout Oakland, he hosts and organizes annual Thanksgiving turkey giveaways, backpack and school supply drives, holiday toys event and various charitable events benefiting Cancer and Domestic Violence. Cox is an acclaimed keynote speaker and a best-selling author with an extraordinary message that self-empowerment and community activism transforms all for the better

In August 2013, Mistah F.A.B. was named one of “10 Great Rappers With Great Charities” by Green Label a Mountain Dew Venture. In 2014, Mistah F.A.B. was recognized by Oakland Mayor Jean Quan, who declared Saturday, February 8, 2014 “Stanley Cox aka Mistah F.A.B. Day” in recognition of the multi-talented hometown hero’s efforts to give back to the community.