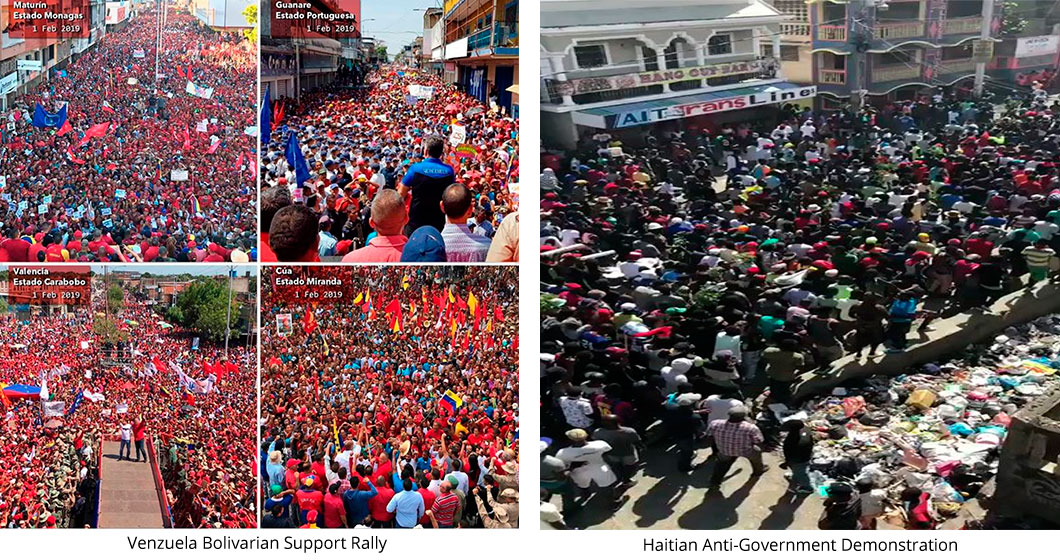 Neocolonialism: Imperialist Fruit That Fell Close to the Tree

Throughout Africa, foreign interests dominate almost everything of value. These multinational corporations and western governments may not be visible, but they are there, frequently using Africans who function as imperialist puppets. Accusing fingers pointed at the imperialist puppet-masters are deflected and met with the reply: “It’s not us. African leaders are at fault. They are corrupt.” Where did this devious scheme referred to as neo-colonialism originate?

Kwame Nkrumah identified the Americas as the birthplace of neo-colonialism because decisions to use puppet leaders to dominate former colonies were inspired by the people’s victory over slavery in Haiti in 1804 and the defeat of Spanish settlers in South America – particularly in Venezuela.

The resistance in the western hemisphere to oppressive domination has been fierce and unrelenting. In Haiti, Africans have been fighting racist enslavement and settler-occupation of indigenous land from the first day of their arrival in the western hemisphere. After the Haitian revolution when Africans defeated the French, they named their country Haiti as an acknowledgment of the indigenous name for the territory, “Ayiti,” and as a rejection of settler culture.

In the years that followed, the people of Haiti battled French financial extortion and numerous violent U.S. occupations. Between 1915 and 1934 the U.S. stole more than 200,000 acres of land for U.S. corporations. The U.S. also killed thousands of Haitian people. Led by the Lavalas mass movement, Haitians disrupted the line of succession of U.S.-backed dictators when the people elected President Jean Bertrand Aristide in 1991.

The U.S. spent more than 60 million dollars in unsuccessful efforts to defeat Lavalas. Nevertheless, President Aristide won 68 percent of the vote. Within months the U.S.-trained Haitian military staged a coup sending President Aristide into exile. President Aristide was held in the U.S. for almost two years before he was returned under international pressure to complete his term in 1994.

Lavalas rose again to return President Aristide to power in 2000 against the wishes of neo-colonial forces inside and outside of the country. In 2004 a military force launched from the Dominican Republic and organized by the U.S., France and Canada marched toward the Haitian capital and at gunpoint forced President Aristide and his wife on to a plane that lacked a destination. With the use of a hidden cell phone, President Aristide was able to announce his kidnapping to the world. He was exiled in Azania/South Africa and unable to return to the Caribbean for seven years.

This high level of aggression has not been limited to Haiti. The neo-colonial attacks against progressive and working-class people in Haiti and Venezuela during the last 20 years have been eerily similar. The Bolivarian Revolution (named for Venezuelan hero Simon Bolivar) triumphed under the leadership of the United Socialist Party of Venezuela in 1998 electing Hugo Chavez as president. Ignoring the will of the people, neo-colonial forces led by settler elements staged a coup in 2002 taking Chavez hostage and dissolving the assembly. The U.S. immediately recognized the coup leaders. The military and people returned Chavez to power in 48 hours. After Chavez’ death, the people elected President Nicolas Maduro, also of the United Socialist Party of Venezuela. Today the same neo-colonial forces that attacked Chavez are attempting to remove Maduro.

Today’s fight in Venezuela represents the continuation of struggles by not only the people of that country and Haiti, but by people throughout the Americas and the world. It is a struggle against racist settlers’ desperate attempts to re-establish a neo-colonial political order. What that amounts to is the rich and white populations on top, and the poor indigenous, African and working-class on the bottom, along with foreign control of the most valuable natural resources like oil. Thus, the struggle in Venezuela is a revolutionary struggle against imperialist aggression.

Neo-colonialism, like colonialism, and all forms of imperialism is perpetuated by violence. It is a system that uses every form of warfare, economic sanctions, toxic propaganda, sabotage, assassination, espionage, torture, extortion, terrorism and outright invasion to control the global south. To do this efficiently the U.S. has established central military commands (AFRICOM, CENTCOM, NATO, etc.) to coordinate attacks with other imperialist military forces and to make best strategic use of drone bases scattered around the globe. Complicit in these operations are imperialist intelligence agencies like the CIA, MI5, and Mossad. Economic domination is achieved by the International Monetary Fund, the World Bank, and banks worldwide.

The victory over neo-colonialism will only be achieved by the organized masses across the globe. The All African People’s Revolutionary Party understands that the consolidation of the Revolutionary Pan-African forces in every region is critical in helping to advance this struggle. We call on the Bolivarian and African descended forces in central and South America and the Pan-African socialist forces in the Caribbean, Canada and the United States to follow the example of our Haitian ancestors and unite against settler and neo-colonialism.

When Nkrumah said that neocolonialism is the final stage of imperialism, he made clear that this is the most decisive stage of the battle against imperialism. There are no more reforms that can be offered. Neo-colonialism exposes the collaborator class among us and lays bare the consequences for those who dare to resist from Libya and Zimbabwe to Haiti and Venezuela. As Africans watch the racist legacy of the settler-regimes played out in the opposition’s terrorist acts of decapitating and burning Africans to death for merely being Bolivarian in Venezuela we are reminded of Libya in 2011, or the brutal settler regimes in South Africa, Palestine and the United States.

Venezuela is facing the united forces of imperialism led by the U.S., but imperialism stands naked before the world with their imperialist intent exposed. Venezuela’s support is coming from every corner of the globe China, Russia, Azania/South Africa, Turkey, and over seventy countries. Even in the U.S. and Canada massive demonstrations have taken place. Haiti and Venezuela prove to us the organized masses are the makers of history. They can be repressed but not defeated. Lavalas and the masses of Haitian people are in the streets today challenging the neo-colonial forces. We all must be there with them, fighting shoulder to shoulder in a struggle that affects us all.

The A-APRP stands with the Lavalas movement in Haiti and Bolivarian Revolution in Venezuela!