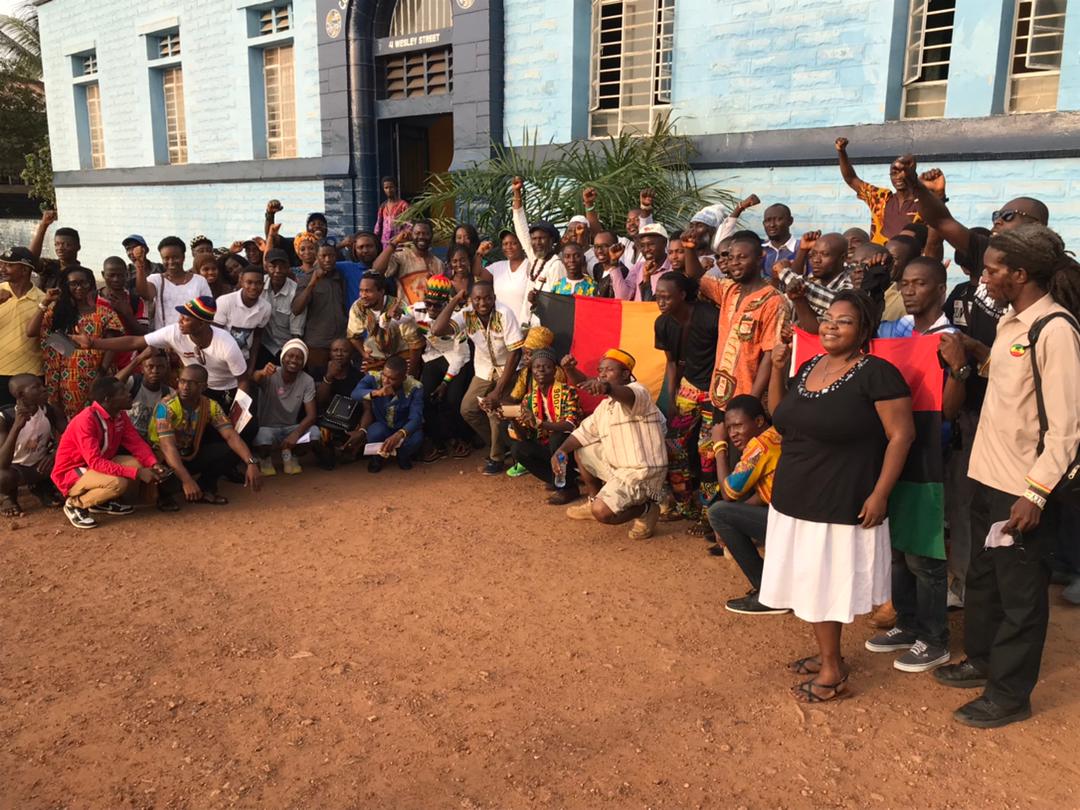 On the occasion of the African Liberation Day – 25 May 2021, the Pan-African Union of Sierra Leone (PANAFU-SL) wishes to extend solidarity and to ally with all Pan-Africanist forces worldwide commemorating this historic occasion born out of the desire to fulfil the onward liberation cause of all Africans at home and in the diaspora as well as for humanity.

The 5th Pan-African Congress in Manchester, 1945 adopted Revolutionary Pan-Africanism and Scientific Socialism as political and economic ideology and sloganized ‘Positive Action’, which invigorated African leaders like Kwame Nkrumah to achieve the first independence in Africa, Ghana 1957. On 15 April 1958, Nkrumah organised the first Congress of independent African States convened in Accra, and found African Freedom Day, later renamed African Liberation Day in 1963 and the date was changed to May 25 as an institution set aside “to mark each year the onward progress of the liberation movement, and to symbolise the determination of the people of Africa to free themselves from foreign domination and exploitation.” On this very day 25 May 1963, the OAU (now AU) was also established but which has been converted to leadership club with neglect for its historic significance and now in alliance with former colonial forces to continue to rob Africa of its immense riches plunging the continent into awful misery and dependence.

However, as we continue to fulfil the onward task of our proud ancestors, we carry on ALD as a permanent institution for ideological training and constant organisation to inspire the masses into higher heights for revolutionary action, led by the working class, students and youths, prioritising the liberation of women who form more than 51% of society.

Since 1981, PANAFU has been commemorating ALD with constant organisation and political education on the significance of this revolutionary institution and has adopted this year’s theme as: UNITY AND ORGANISATION: THE WAY FORWARD FOR AFRICAN LIBERATION.

Revolutionary Pan Africanism condemns the act of imperialism in exterminating true African leaders like the recent assassination of John Magufuli in Tanzania because of his opposition to capitalism and for uplifting the Tanzanian citizens.

In our solidarity with all oppressed people worldwide, we are strongly opposed to the West-backed Israeli massacre of Palestinian people, without peaceful home since 1948.

We strongly denounce neo-liberal corrupt regimes in Africa including Sierra Leone where 60 years of so-called independence has had insignificant development in the livelihood of our people. Instead, we have over the years witnessed tribalism, regionalism and mass corruption.

In our determination to continue the liberation cause of ALD as an institution to combat the enemy against the African masses, PANAFU recognises the effort of all struggling forces at home and abroad as we rally for the formation of mass coalition nationally and internationally to defeat the enemy and establish a Revolutionary Pan-Africanist Socialist State to stop the oppression and exploitation of our people by capitalism and its agents.

EVER LIVE REVOLUTIONARY PAN AFRICANISM TO DEFEND THE OPPRESSED MASSES!