The key to worldwide Pan-African unity is found in Africa’s history. African civilizations once developed their own societies based on their needs and visions for the future. These societies had social, political, and economic foundations grounded in an African way of life. However, colonial intrusion caused disorder and confusion as well as the adoption of beliefs and practices that opposed matriarchal culture.  This had a significant impact on gender, class, and clan, and led to the abandonment of the social and communal principles that guaranteed African unity and prosperity. It was an abandonment of principles intrinsic to African culture.

Value systems adopted from colonizers conflict with the value systems of African societies that align life and nature. Africans’ instinct is to support others, but capitalist individualism promotes antagonism, disrespect, and abandonment of others. These foreign values create obstacles to unity and cause Africans to question their identity and transform gender respect and community cooperation into disruptive, divisive, and destructive relationships. The ultimate consequence is war. War in Africa has caused people to flee conflict and poverty by attempting to reach Europe by way of the Mediterranean Sea. In recent years, an average of 1,800 migrants from Africa and surrounding regions may have drowned each year attempting to make this journey.  War has destabilized millions of women and children, with more Africans living outside their country of birth than any other continent.

There are fifteen civil or border wars occurring in Africa today. Women and men of revolutionary African organizations like MPLA, PAIGC, TANU, PDG, FRELIMO, PAC/ANC, ZANU and others fought valiantly for unity and true liberation. They did not make sacrifices so that Africans might engage in the internecine conflict we witness today.

We are creating instability within our nations and a worker and brain drain in Africa which is feeding the labor base in capitalist, elitist and racist countries in Europe, Asia, and America. As they did during periods of enslavement and colonialism, capitalists benefit from our misery. When Africans internalize capitalist values, adopt capitalist governmental systems, military strategies and ways of life, Africans’ lives become meaningless. 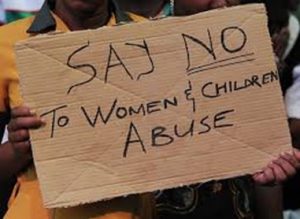 In Ethiopia, Sudan, Congo, Nigeria, and throughout the African continent, children – especially women and girls are kidnapped and murdered by Africans at an alarming rate. During the current pandemic, the numbers have increased. The fight over mineral resources has made the weakest of the society pawns of corporate bloodsuckers.  This is not African!

Women and youth make up most of the African World’s population, and they have become the primary victims of war, migration, and poverty. In 2019 and 2020, there were 53,300 incidents of sexual violence reported in South Africa. Police report an average of 146 such incidents each day. Violence has escalated throughout Africa and Africa’s diaspora. These crimes include an increase in forced child marriages, domestic violence, honor killings, rape, political and sexual assassination, female genital mutilation, sex trafficking or slavery, and physical punishment – especially against gay and lesbian citizens. Such violence can only be addressed by revolutionary principles and a recommitment to revolutionary culture.

Our focus must be on ideological and political development of the masses. The enemies of our people are in our midst and only mass, revolutionary African culture and organization can combat this reactionary behavior. We must collectively reconstruct not only the ethical and political foundation for a new African society but also reinvigorate revolutionary and principled people willing to build an ethical and principled society for the future of Africa and all our African communities.

We must have a plan that guides development from youth to leader. We must build revolutionary collectives, be they community, political, cultural, social, and educational for the reconstruction of our ethics and principles. The contradictions throughout the diaspora are our contradictions and they must be honestly addressed so we can elevate our individual and collective consciousness and behavior.

A social/cultural revolution can cause a resurgence of revolutionary love, a commitment to principles that will bind us to a common foundation that will live beyond our years into the next generation, creating the revolutionary cultural foundation for Africa and the world.

Unity is one of the cardinal principles of revolution. The PAIGC of Guinea Bissau made “Unity, Struggle, Unity” their motto. In their struggle, there were the Fula, the Pepel, the Mandinka, and the varied classes but stronger than any ethnic or social division was a unity amongst those who wanted to free Guinea Bissau and Cape Verde. So, our differences cannot be allowed to prevent us from achieving our Pan-African objective. It is the critical key for African Unity, stability, development and prosperity for all!