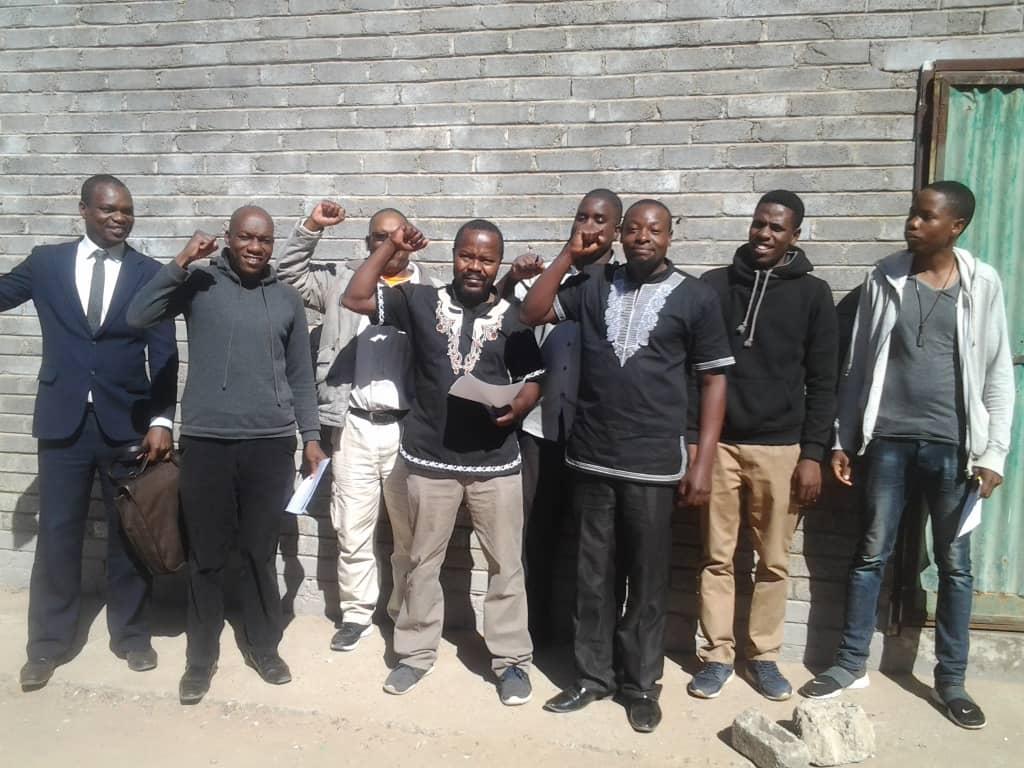 About a month ago Zimbabwe, Malawi and Mozambique were devastated by a tropical cyclone which has been described as one of the worst disasters ever to strike the southern hemisphere .Approximately 2.6 million people were affected in the three countries. Cyclone Idai hit the Mozambican port city of Beira with winds up to 170km/ph., it then proceeded into inland Zimbabwe and Malawi, flattening buildings and took more than 1000 people and others unaccounted for across the countries. Torrential rainfall washed away road networks in Zimbabwe. The United Nations called it possibly the worst ever weather related disaster to hit the southern hemisphere.

Western capitalists are to blame largely for climatic changes that causes natural and environmental disasters .Poverty which is a result of the diabolic and pernicious economic sanctions has made the poor to build poor and weak structures which do not withstand the heavy winds and storms.

The economic prescriptions of the IMF and World Bank has forced countries like Zimbabwe to reduce their budgets on social services as they wish to impress and attract investors and credit lines in line with the neo liberal path which the country has embarked on .Sanitation , emergency services , disease outbreak prevention will be poorly resourced and often times we lose lives that could have been saved .From the statistics of the past natural disasters in poor counties like Haiti and New Orleans they have the highest death tolls compared to rich countries. The Civil Protection Unit of Zimbabwe developed the National Flood Plan Management framework which because of non-availability of resources was not fully implemented .Very little budget is allocated for disaster management.

The Donald Trump Administration and EU have extended their sanctions on Zimbabwe despite its reforms and capitulation to neo liberal dictates in the form of austerity measures .This means Zimbabwe must brace for further economic turmoil because of the renewal of sanctions. To further exacerbate the situation, Zimbabwe is facing drought and trying to recover from the gory effects of tropical cyclone Idai which has killed many and displaced thousands. The entire infrastructure of the Zimbabwe is a disaster .If Zimbabwe was not under sanctions its response to Cyclone Idai could have been much better .It shows that by imposing sanctions the US was deliberately out to harm the people of Zimbabwe as it is impossible to defend oneself with hands tied on your back. Every nation under US sanctions has failing healthcare, dwindling government coffers, failed service delivery, food and basics shortages to the extent that Iran took the US to the International Court of Justice where in October 2018 the ICJ ruled that US must stop restricting medical and basic supplies to Iran. What is the impact of ICJ ruling on Zimbabwe medical system?

Tropical cyclone brings vital lessons, it’s a stark reminder of the deadly effects of greenhouse effect. The hotter world means more damaging cyclones because they draw their energy from the oceans. , the hotter the ocean , the more powerful the cyclones will be .Hotter oceans and melting ice cap also mean ocean level rise , this means cyclones spin faster , do more damage and have more energy they get into the interior. Governments are failing to take climate change seriously .It is a threat to humanity and its environment.

The in equalities within the poor global south are caused by the capitalist economic systems of the rich North The legacy of colonialism and apartheid still manifest in most of the African and third world countries , this has adversely hampered human development and economic development .The poor and the working class in these poor countries must push for climate justice .The global North are the biggest culprits in environmental degradation and carbon emissions , this is what is causing natural disasters.

The rich countries have technology of early warning systems and disaster management and preparedness and it is only the poor countries like Zimbabwe, Malawi and Mozambique who bear the brunt of the effects of natural disasters with biggest number of casualties. The western capitalism must give poor nations debt relief and allow then to chart their economic path using their own natural resources .Zimbabwe at independence adopted the Rhodesian debt whose money was used kill the black people in their quest for freedom and self-determination. South Africa also adopted the Apartheid debt which it is still paying up to this day, paying a debt whose money was used to oppress them and butchered them with impunity.

With so much resources at their disposal these countries would be able to redistribute their wealth equally and resources for putting up flood defenses, social services and investing in appropriate technology. Humanitarian assistance though its welcome but it’s a curse to African development .African countries have the capacity to stand on their own if they are allowed to chart their independent path. The United Nations World Food Programme (WFP) which is assessing the damage on food crops estimate that about 200 000 Zimbabweans would need urgent food aid for the next three months .Most of the food aid which is provided on humanitarian grounds is genetically modified which pause a serious health risk to the local people.

The US military teams are contemplating sending rescue teams to Mozambique, this is sacrilegious when they are butchering people all over the world in unprovoked wars .Most countries are suffering and millions dying through their direct or proxy wars and economic sanctions. Mozambique must deny them entry into their country.

Because of the rapacious nature of capitalist economic system which has no regard for the environment we are now confronted with an environmental crisis that threatens to undermine the basis of civilization and survival of human species. Global climate change is potentially the most catastrophic and symptoms of the crisis .There is now a global consensus that the emission of greenhouse gases which is caused by use of fossil fuels which global capitalism has relied upon as the main source of energy supply. Global temperatures are precariously rising.

China is now the biggest player in the global capitalist economy and it has overtaken the US as the biggest carbon emission emitter .China and US combined account for 40% of the global emissions of carbon dioxide worldwide .If the levels of emission do not subside the world will experience more extreme floods , droughts and storms , disappearance of the Arctic ice cap , dramatic cuts in food yields and the drying out of the Amazon rainforest .Notwithstanding all the looming catastrophe world gas and coal production is surging.

The root cause of the climate change is capitalism, an economic system that thrives on exploitation of human beings and the natural environment .The world if it is to survive needs an alternative world system that values social equity, justice and environmental sustainability. Humanity and the natural environment is under threat because of the capitalist system which is based on private ownership of the means of production .The crisis of humankind requires putting an end to capitalism .Capitalism is only concerned about profit.

The great danger today with the way in which these environmentalist topics are being addressed is that they are being used with a short term political objective in mind. Many researchers and scientists are reaching a conclusion that there is a tendency towards climate warming. More organisations and political parties are being formed on the pretext of fighting against global warming without any practical result .There is a deliberate diversionary from the real polluters by asking citizens to be responsible and make them understand that they must take care by throwing plastic materials into different waste bins and that they should stop buying cotton buds from supermarkets because they are terrible source of pollution.

Capitalists pollute billions of tonnes of oil into the China Sea, while a citizen throws three cotton buds into the wrong bin .Are we going to save this planet through these everyday actions I believe it’s a claptrap. While many politicians , world leaders and big corporations speak about the future effects of climate change , poor and impoverished nations are already struggling to battle the consequences of rising global temperatures .They speak as if it’s a future problem , but its already here and happening .

The poor are not causing the problem but they bear the brunt of climate change .They are suffering from drought and suffer in worst storms because they cannot afford to build houses that can withstand storms or escape to higher ground .Governments encourage citizens to do one green action a day but ordinary citizens are not the root cause of climate change. Extreme weather disasters are becoming more prevalent around the world be it Zimbabwe or elsewhere. Capitalism is the biggest culprit .Lets save our environment and nature from global capitalism.